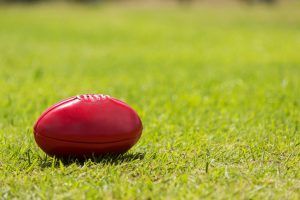 If you’re in a warm climate and looking for a low-maintenance lawn or turf grass that handles full sun, Kikuyu could be a good choice.

Kikuyu is a warm season tropical species so it is most vigorous in the summer. In southern parts of Australia it is susceptible to damage by frost.

Take care as Kikuyu can be invasive. It has vigorous creeping roots and will intrude into garden beds and across pathways.

How to sow Kikuyu

Kikuyu is now available as both instant turf and as seed. It is very slow to establish.

Preparation: Prepare a seed bed by either rotary hoeing or harshly raking so that you produce a firm, fine and level surface. Ideally do this a few weeks before sowing to allow for weed control prior to sowing with herbicide or cultivation.

Timing: Sow seed only in late spring or mixed with a seed blend such as our waterless or landscape blends. If sown on its own, Kikuyu will take several weeks to establish, even in perfect conditions.

Sowing rate: Sow Kikuyu at 200gms per 100m2. It is best mixed with a seed blend at the full recommended rate.

Fertiliser: Spread MAP or a similar lawn starter and then spread the seed and rake both in lightly.

Moisture: Keep continuously moist for several weeks or until there is a thick cover of grass.

If Kikuyu is sown on its own, weeds are likely to take over in the period before Kikuyu germinates. If this occurs, spray out weeds with a selective herbicide, or mow the area to a low height until the Kikuyu has a chance to become a thick lawn.

Kikuyu responds well to regular applications of lawn food particularly during its growing season from late spring to autumn.

If you have successfully established Kikuyu by mixing it with another lawn seed blend but you want to create a mostly Kikuyu lawn, repeatedly mow the area at low heights during summer. This will weaken the other grasses and allow Kikuyu to take over.